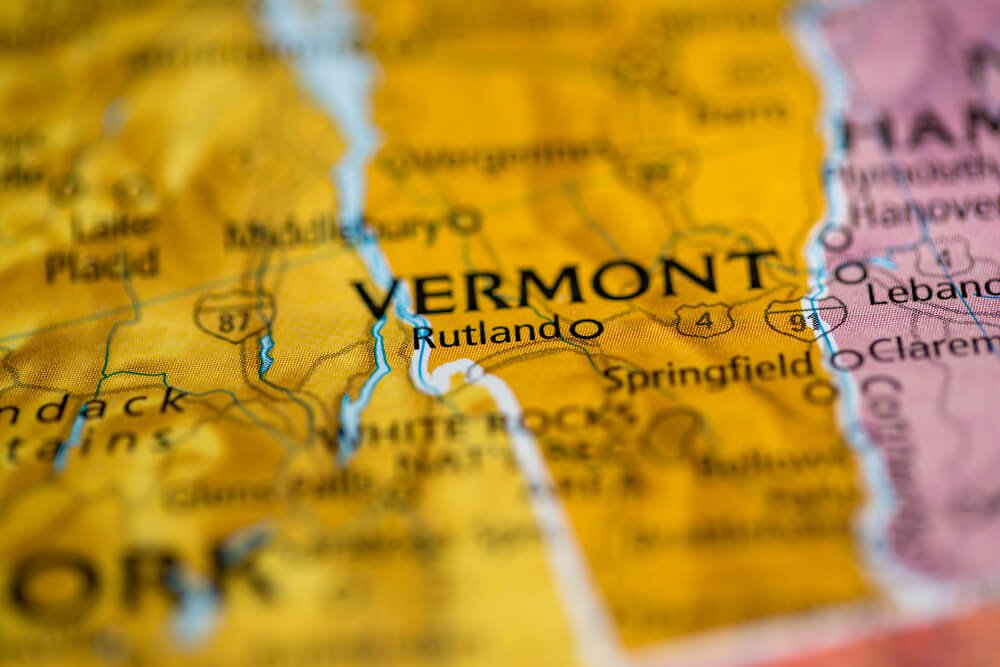 Surety bonds play a large role in the emerging marijuana industry, in Vermont and across the country. If and when a business needs a Vermont marijuana bond to operate legally, problems with the surety bond could lead to serious problems with the business. That’s why it’s important for everyone involved with growing, processing, distributing, testing, and selling marijuana in the Evergreen State to understand how surety bonds work and what a Vermont cannabis bond might mean for their business.

Like most other states of the era, Vermont banned cultivation, sale, and usage of marijuana in 1915. That ban stood for decades until Vermont became one of the earliest states to pass laws permitting medical marijuana. Decriminalization followed in 2013, and seven years later Vermont a bill to legalize recreational marijuana sales in 2020. Notably, Vermont was the first state to authorize adult marijuana use through the state legislature rather than through a ballot initiative.

Who can legally sell medical or recreational marijuana in Vermont?

At the time of writing, Vermont was still working out the details of how it will tax and regulate recreational marijuana sales. However, it’s all but certain that businesses involved will need a state license. Among the requirements for getting a Vermont marijuana license could be the need for a surety bond. This has been the trend in other states, with overall positive results, and there’s no reason to think Vermont will proceed differently.

Why do businesses need a Vermont Cannabis Bond?

Vermont marijuana bonds are just one example of a type of surety bond known as a license bond. Many professionals need to obtain a license to operate their business legally. All states require people seeking certain types of licenses to obtain a surety bond first. The reason is that surety bonds protect the public at large and the regulators responsible for individual industries from the risks created by unlawful or unethical businesses.

To understand how and why, it helps to quickly rundown how surety bonds work. If a marijuana-related business breaks Vermont state laws relevant to the industry, any parties hurt by those actions may file a claim for damages against the surety bond. They are guaranteed payment by the surety agency that backs the bond provided that everything in the claim is true. After paying, the surety agency directs their focus to collecting the amount of the settlement, plus interest and fees, from the bonded party, in this case the marijuana-related business. Under the surety bond agreement, the bonded party has financial liability for all valid claims. The surety agency guarantees injured parties receive payment, but they never accept financial liability. Essentially, surety bonds hold the bonded party accountable for their mistakes.

Which is why Vermont and other states use them to regulate a number of different industries. Surety bonds create a financial disincentive for businesses to break the law or exploit the public. They also create a mechanism through which anyone affected by misconduct can pursue, and likely receive, financial compensation proportional to the damage caused. Ultimately, surety bonds are good for all involved because a trustworthy marijuana industry where bad actors are held responsible can only lead to higher sales for marijuana businesses.

Who are the parties involved in a Vermont Marijuana Bond?

How much does a Vermont Cannabis Bond cost?

Everyone pays a different price for a Vermont marijuana bond. The cost (called the premium) depends first on the type of marijuana bond: different aspects of the marijuana industry (testing facilities vs dispensaries etc.) will have different bonding requirements. As part of those requirements, state regulators will define how large a Vermont cannabis bond someone needs to obtain – eg. a $10,000 bond or a $25,000 bond. The dollar amount refers to the maximum amount the surety agrees to pay out in claims. Premiums are only a small percentage of that maximum amount, meaning a Vermont marijuana bond valued at $10,000 might cost just a few hundred dollars to obtain. The surety bond applicant’s credit score and financial history determine the exact premium cost. People with bad credit will typically pay more – but with the right surety agency in their corner, one like Viking Bond Service, they won’t be denied a bond or even asked to pay substantially more.

Viking Bond Service is a partner to all businesses involved with the Vermont marijuana industry. We have the resources to make bonding fast, simple, and affordable for everyone we work with. To get a quote for a Vermont marijuana bond is as little as 24 hours, submit an online bond application at your convenience. If you have questions or need more information, our team is eager to help – contact us through the form on this page or call us at 1-888-278-7389.