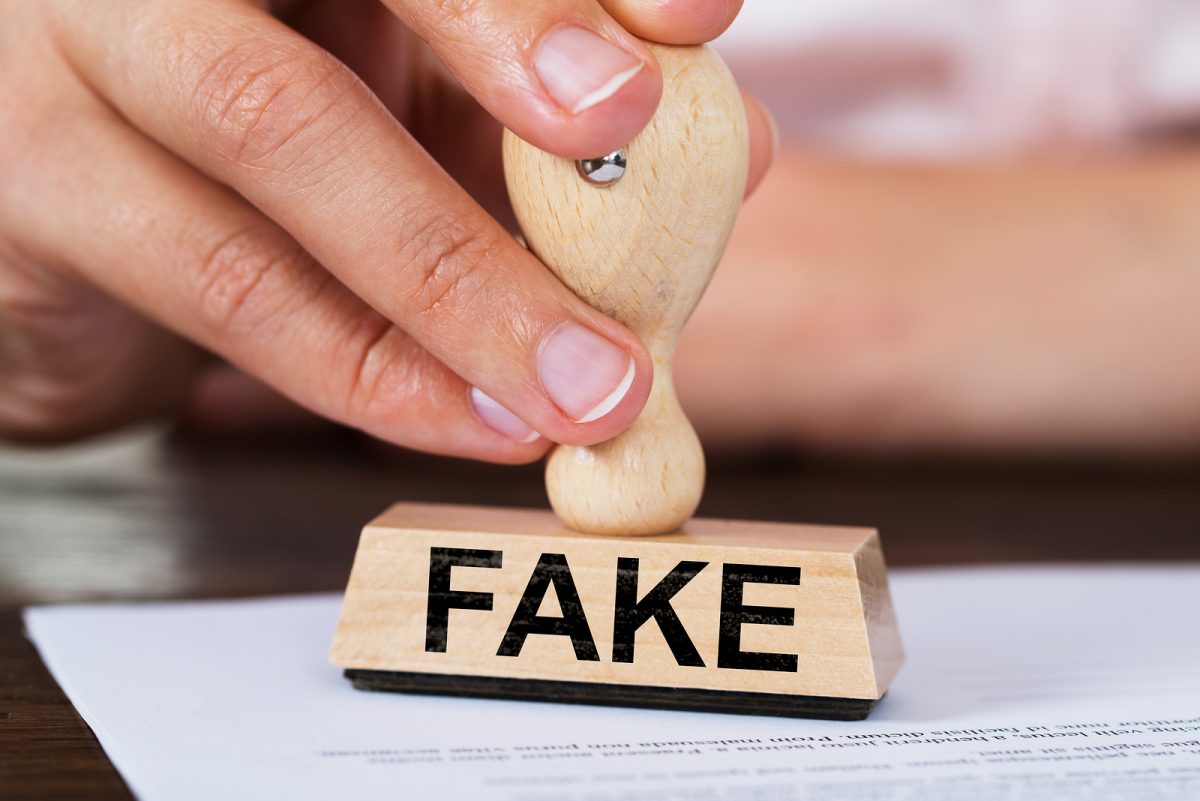 Faking surety bonds has been a favorite ploy by fraudsters all over the country. Whether they’re used to sell cars without a motor vehicle dealer bond or bid for contractor work with a phony performance bond, these tricks can spell disaster for unsuspecting project owners and customers alike. Let’s take a look at some examples from recent years of phony surety bond scams, and some tips on how to avoid falling for them.

Recently, a story has come out about a Rhode Island man who allegedly made over a million dollars selling fake construction bonds around the country. This scheme was able to go on for years since few claims were made, meaning the surety was left largely unused. Still, many municipalities around the country failed to provide adequate oversight to catch this thief. It wasn’t until a developer named John Gauvin found out that a surety bond he had acquired from this phony supplier was, as he put it to WPRI in New Hampshire, “not worth the paper it was written on.”

Gauvin continued, “I was shocked to see how much money he made. I’m totally blown away that so many towns and cities never checked on these bonds.” This is one of many stories that underlie the need to only work with reputable surety bond providers.

Some fraudulent sureties have the gusto to mislead federal developers, despite the risks. On federally funded projects, surety bond requirements are often more strict than private projects. When four subcontractors working on a University of Massachusetts (UMass) construction project filed a complaint against the general contractor, it turned out that the performance bond acquired for the project was a fake—even the notary stamp was fudged. Not only that, but an investigation uncovered that this fake surety had been scamming developers and contractors around the country, with many uncollectible judgments made. UMass was also under fire for not properly vetting the fake surety company. For more information on this story, check out the American Bar Association’s article on it.

Another case involves a man that took this federal fraud to another level, issuing fake surety bonds to federal agencies exclusively and collecting over $4.3 million in phony fees. Alexander Xavier claimed to be a surety bond provider that had years of experience in the field, and said to be an employee of Quantum Partners, 1st Capital Lending Trust, and Guardian One Capital Corp. Xavier pledged over $25 million in collateral for the bonds, defrauding the US Department of the Army and the Department of Labor. In truth, there were no such assets available. See the DoJ’s article for more information on this case.

In just under a year, a man from Orange Park, Florida was able to amass $100 million in surety bond fraud schemes. He provided fake surety bonds to construction projects around the nation, including the US Veterans Administration and the Army Corps of Engineers. Forging signatures, using counterfeit seals, and falsely claiming to have the authority to execute surety bonds were all tactics used to mislead these victims. $2.2 million in premium payments was collected fraudulently and this crime cause numerous delays in construction projects around the country.

This surety fraud empire was brought to a halt after a substantive investigation. The special agent in charge of the investigation is hoping the prosecution of this fraud will “send a clear message to others that these types of criminal schemes to defraud are destined to fail and those involved will be held accountable.” For more information on this case, check out the DoJ’s article on it.

Sometimes, dishonest contractors take it upon themselves to forge surety documents in order to apply for projects. A Minnesota man was charged with five counts of perjury after providing fake bid bond documents in order to secure a county project. Local attorney Dan Fluegal said that fraud involving bid bonds is “extremely rare” and that “We have never heard of anything like this before, in the city or the state.” Project managers have to be sure that the surety bonds provided along with bids are legit. This local news story has more.

How to Avoid Fake Sureties

Owners and obligees must remain vigilant to spot fake surety providers. The Surety & Fidelity Association of America provides a helpful Bond Verification Service that can help you make sure your surety bonds are legit. Depending on your situation (such as SBA bond utilization), you may also want to check out the Department of the Treasury’s Listing of Approved Sureties. Viking Bond Service, Inc is a trusted surety source for all types of bonds. Visit our homepage to find out what a true surety bond provider looks like.